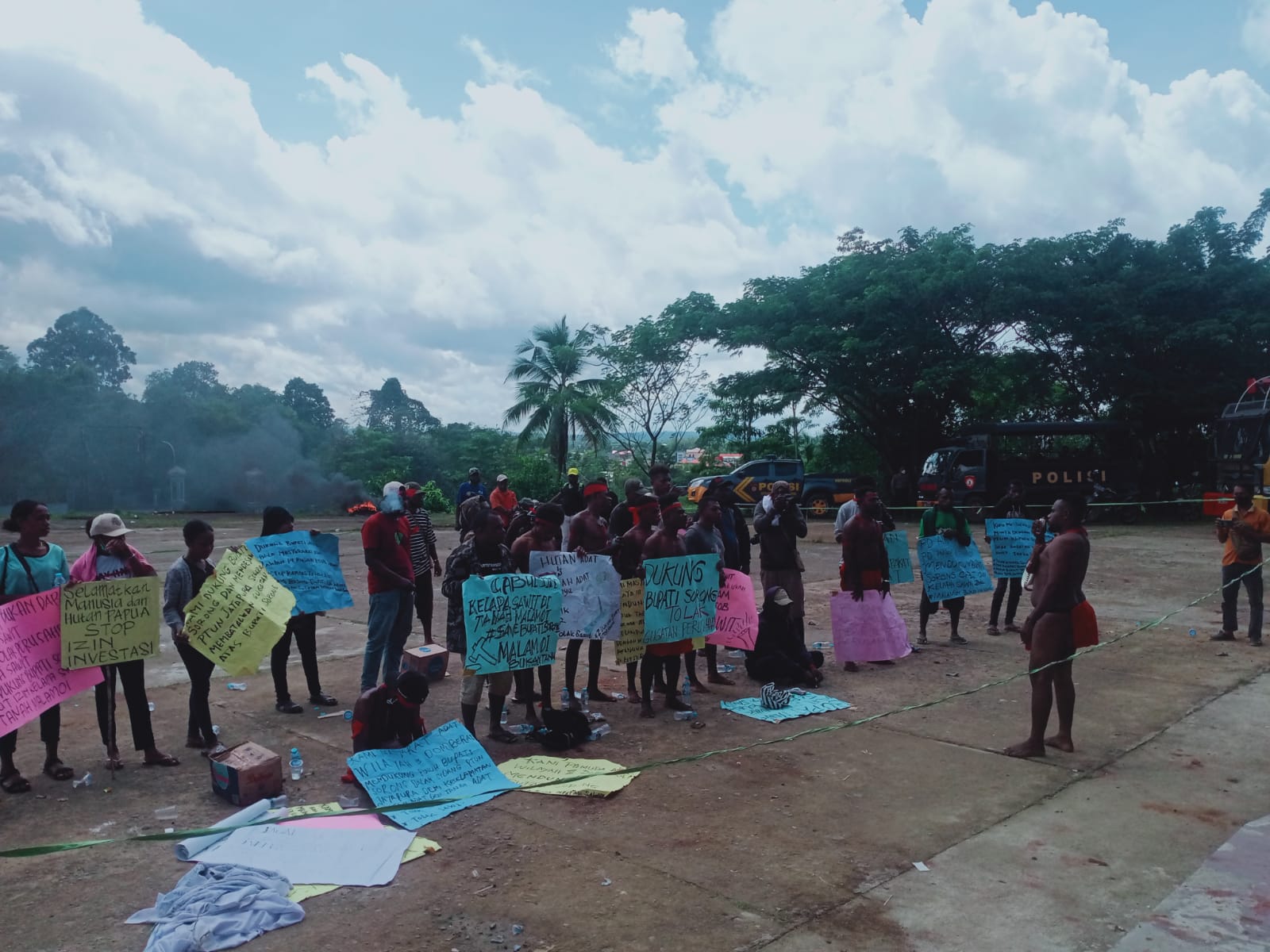 Johny along with the Indigenous Peoples and members of the regional council celebrated the joint victory.

"This is a win for all of us. God is on our side,” Johny said in an online press conference following the court's decision.

He expressed his gratitude to all those who have supported him. Johny said that it was not the Regent's victory but all Indigenous Peoples in Sorong, West Papua.

“I am grateful for this joint victory,” he said.

Johny added that the case was a path to improve and sustain forest management in Papua in the future. Currently, the Sorong Regency Government is preparing programs which aim to improve the welfare of the Indigenous Peoples in the concession areas whose licenses have been revoked.

“We are relieved by this decision. Regent Johny Kamuru's action was right to revoke the permits of the two palm oil companies. We support him,” Gideon, who later shouted “Long live the Regent” during the online press conference, said.

Gideon hoped that after the court's ruling, the regent could immediately return the customary land, that was previously cultivated by the palm oil company, to the Indigenous Peoples.

“We want to manage it for the welfare of Indigenous Peoples,” Gideon said.

Chairman of the Supervisory Board of the Association of Indigenous Peoples Defenders of the Archipelago (PPMAN) Nur Amalia who act as the attorney for the Sorong Regency Government said the total area of land in dispute is 105,000 hectares and would be returned to the Sorong Regency Government and the Indigenous Peoples if the plaintiff does not file an appeal.

However, if the plaintiff files an appeal, the Sorong Regency Government will still follow the process.

“In principle, if you want to sell it, we just buy it,” Piter Ell, a lawyer from the Sorong Regency Government, said.

The case involving the two palm oil companies began when the Regent of Sorong Johny Kamuru issued a decree No.525/KEP.65/IV/YEAR 2021 on Revocation of Plantation Business Permit for PT Papua Lestari Abadi for an area of 15,631 hectares on April 27, 2021, and a decree No 525/KEP.64/IV/YEAR 2021 on Revocation of Plantation Business Permit of PT Sorong Agro Sawitindo for an area of approximately 40,000 hectares on April 27, 2021.

The revocation has gone through a long process in accordance with government regulations. Most importantly, it is part of permit evaluation for oil palm plantations in West Papua Province which was carried out together with the provincial government and supported by the Corruption Eradication Commission (KPK) since July 2018.

The strong reason for the revocation of the permit is also based on the Regional Regulation No.10 of 2017 on the Recognition of the Protection of Indigenous Peoples.

However, more than a decade has passed, and there is still no activity in the lands. The evaluation of permits is not only carried out in Sorong Regency, but throughout the province of West Papua. In addition to the two companies litigating in the court, there are eight other companies whose permits have been revoked, including PT Inti Kebun Lestari, who has also filed a lawsuit, but the verdict has yet to be issued by the Jayapura State Administrative Court Panel of Judges. The remaining six companies voluntarily return their concession areas to the government.

Regent of Sorong Johny Kamuru said the Sorong Regency Government was focusing on dealing with the ongoing lawsuit. He hoped the court would also reject PT Inti Kebun Lestari’s lawsuit.

“We hope that the court will also reject the company's lawsuit, so that it becomes a sweet gift at the end of the year,” Johny said. 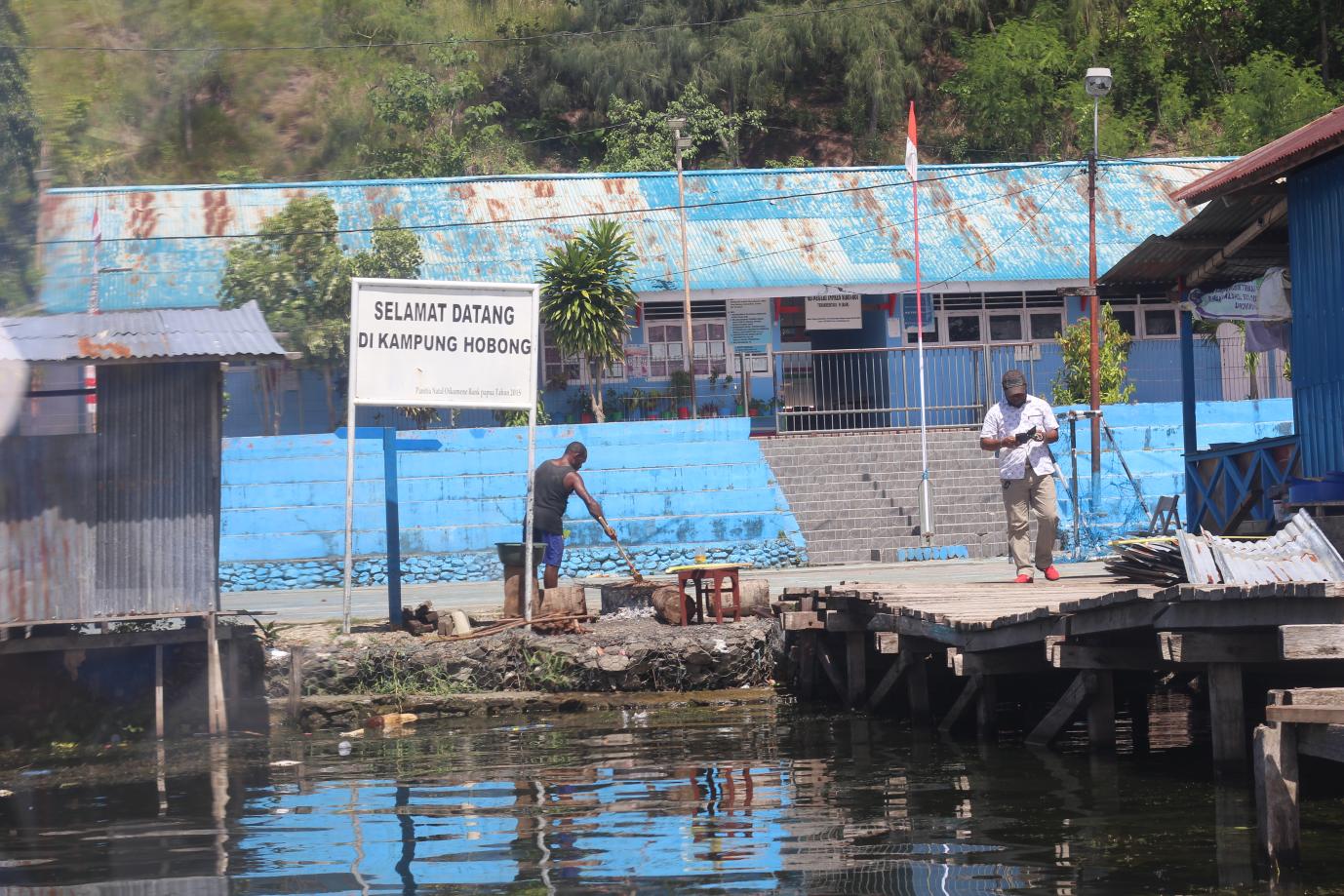 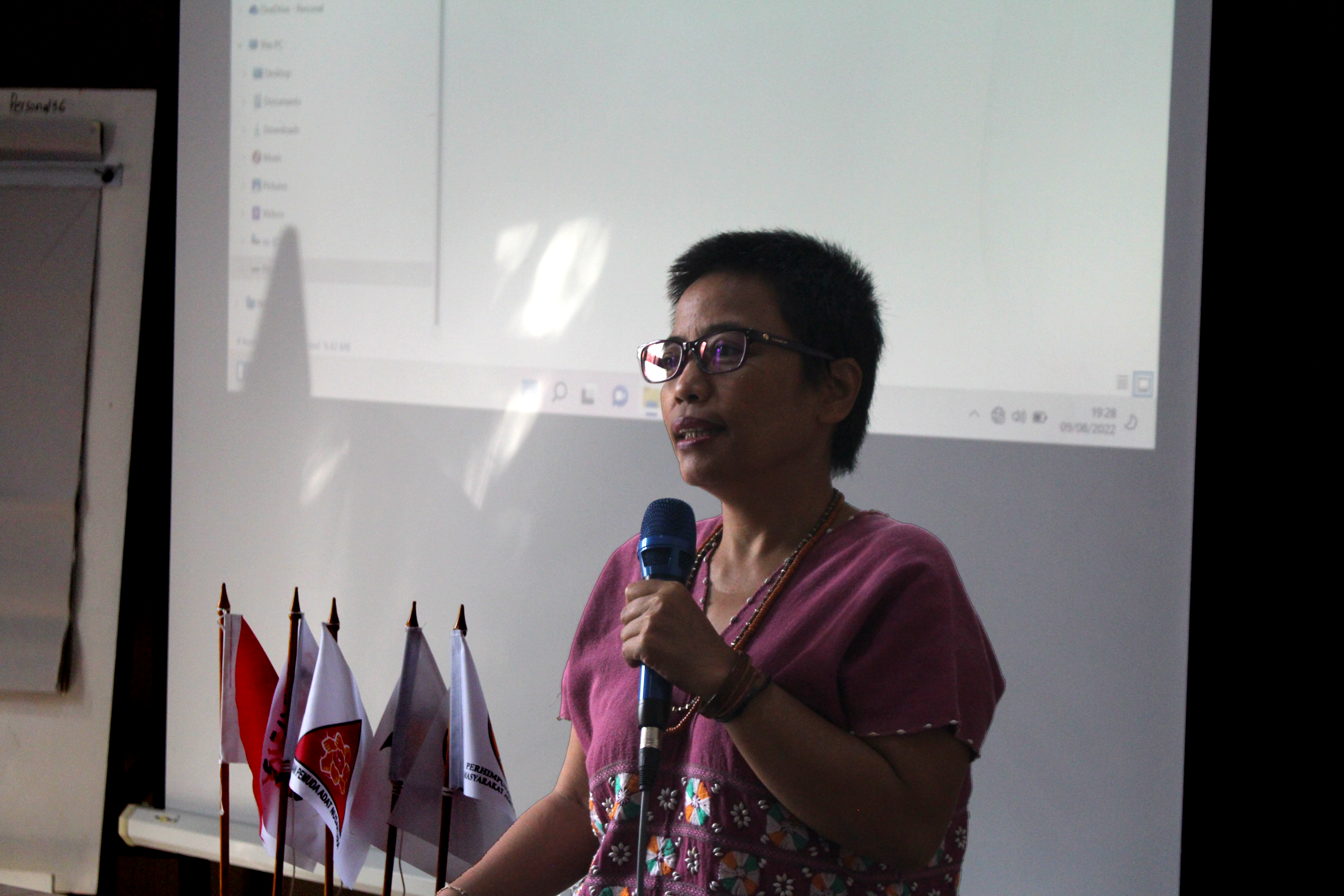 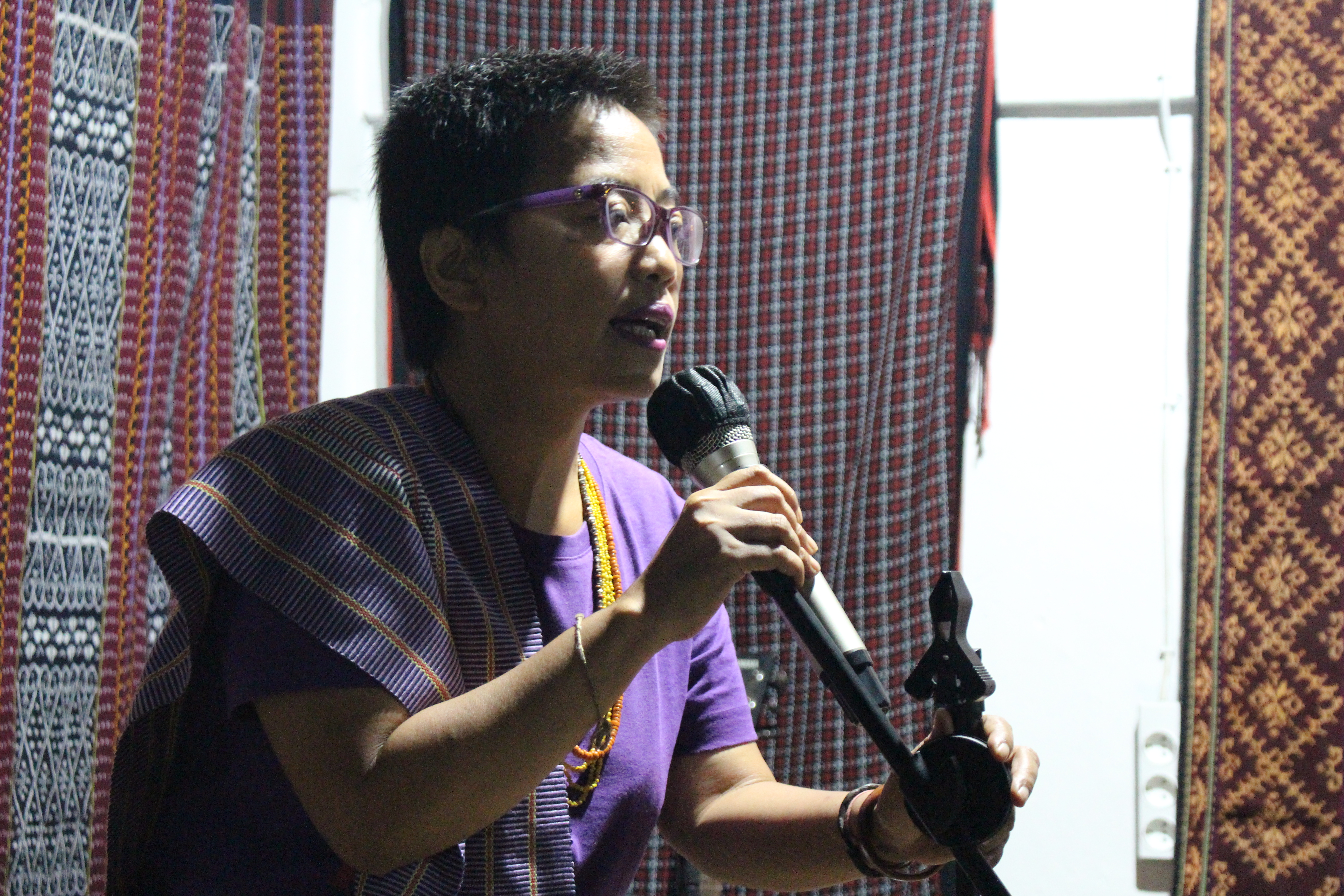 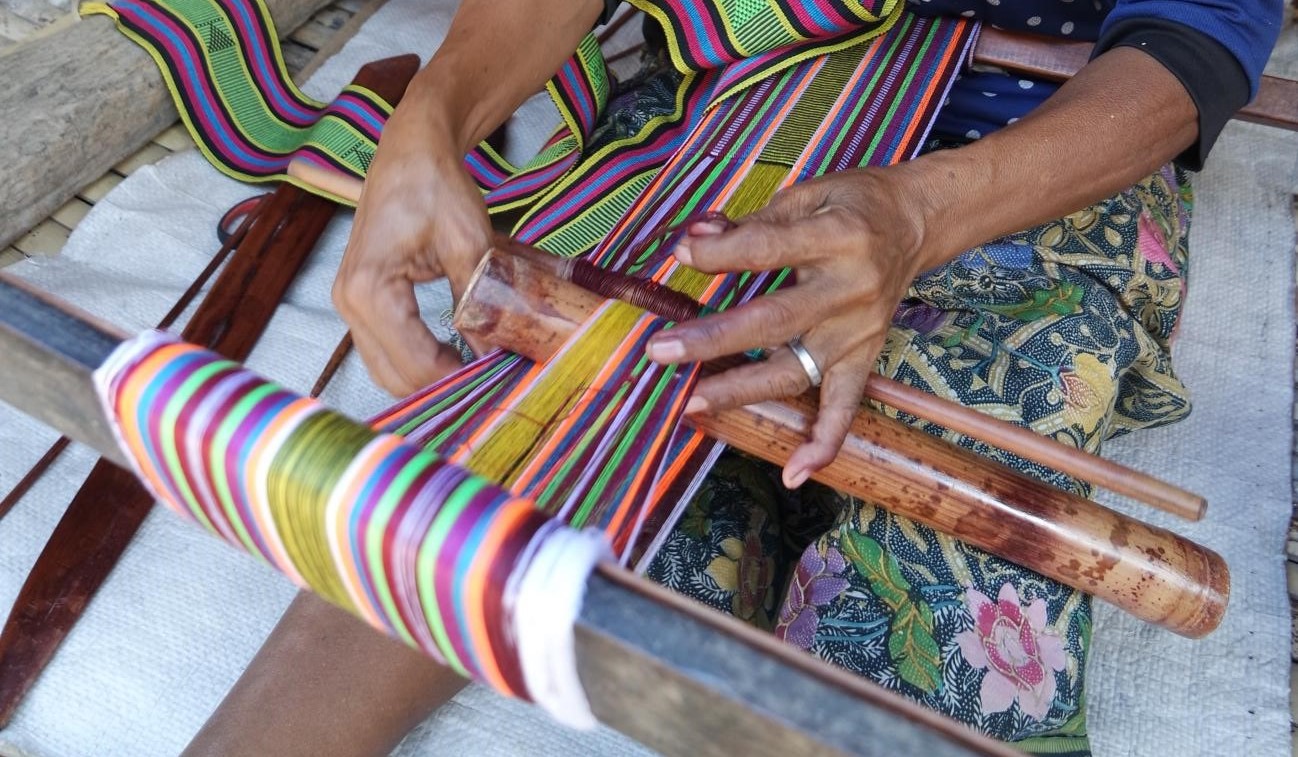